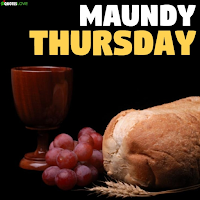 I wanted to pass along my reflections from the Maundy Thursday service we held at Waverly First Baptist Church.  Maundy Thursday was the night that Jesus celebrated the Passover with his disciples.  It was the night that he washed their feet.  It was the night, later, that he was arrested.  So we celebrate it every year, sometimes by a Seder Service, looking at what was done during the Passover Seder Service, and sometimes, like we did this year, with a service remembering that evening in the upper room.

Here is the devotion that I gave in this service...

Our gospel reading from John 13:1-17; 31b-35 stresses the washing of the feet.  And a lot of churches, on this night, have a service that features, no pun intended, the washing of feet.  Here’s my take on that, I don’t wash feet, not because I think that I’m at all above washing feet, but because I don’t see that, in this passage, as a lasting ordinance that Jesus wants us washing each other’s feet.

I think to understand what Jesus is doing here, we need to understand the context in which it happens.  In the first century, there were no sidewalks.  People walked on dirt roads that were often little more than footpaths or trails.  And they were dusty.  And they wore sandals when they walked, open sandals.  They were designed to protect the soul of your feet, with little more than leather straps to hold them on.  Open sandals.  We still have similar things today.

But when you enter a home, you took your sandals off, because you don’t want to track all that dust into people homes.  So you usually went barefoot inside.  But the sandals didn’t keep your feet clean, the tops would get as dusty as the bottoms of your feet.  So they often had servants to wash your feet as you entered someone’s home.

So we come to night of Jesus celebrating the Passover feast with his disciples.  There were just the twelve disciples present, there weren’t any servants there.  I understand that some of the disciples went on ahead to prepare the meal, that my interpretation.  This wasn’t a restaurant, this was the upper room of someone’s house that Jesus was allowed to use.  Nowhere does it say that the meal was prepared for them, in fact in Matthew 26:19, it says, “So the disciples did as Jesus had directed them and prepared the Passover.”

My point in that is that it was just the disciples.  Some of them went ahead and prepared the Passover meal, but no one thought about cleaning their feet.  But this is a borrowed upper room, you want to keep it as clean as possible, So Jesus took advantage of the opportunity to teach them a lesson about serving one another.  It’s interesting that while many churches think that Maundy Thursday is all about Jesus washing each others feet, John is the only one of the four gospels that tells about the feet washing.

And, interesting enough, John doesn’t mention communion, the Lord’s Supper isn’t mentioned at all in John’s gospel, while all three of the other gospels mention it, and don’t mention feet washing.  To me, as I look at the things that happened at that Passover meal, I see communion as a lasting ordinance, and the washing of feet as just another lesson on how we should be serving one another.

So tonight, we’re emphasizing communion, or the Last Supper.  We know from our Seder services in other years that communion wasn’t just given during any old meal.  This was the Passover seder, where they remembered the exodus from Egypt, one of the greatest things to happen the Jewish people in the history of the Jewish people.

And during the meal, Jesus took symbols from the Passover, and applied them to himself.  So that God’s people would remember Jesus.  And monthly we come together at the table, and we eat bread, though it’s not unleavened bread, we break bread, or at least we did before Covid, and the bread, in the Passover was called the Afikomen, that term literally means “the one to come.”

It comes up in the seder early, when the host takes three pieces of unleavened bread, breaks the middle one in half, and tells the children to hide their eyes while he hides that piece of bread.  Then he says these words, “The Afikomen will return to end our Passover Seder.”  For thousands of years, the Jewish people have been uttering those words as they began their Passover celebrations.  Jesus was the one who came, the Afikomen, who came to end their Passover Seders.  They don’t do them anymore.  Now, we remember Jesus, and his death on the cross for our sins, and we remember him through the Lord’s Supper, “in remembrance of me.”

Our first reading was from Exodus, and reminds us the requirements for the Passover.  What they had to do on that first Passover.  But it wasn’t just that.  It was given as a lasting ordinance.  They were to do it each year, to remember what God had done for them.  That’s why we do communion, to remember what Jesus did for us.

And we talked about the Afikomen already, represented by the bread, I want to talk about the cup next.  Paul said, in verse 25, “In the same way, after the supper he took the cup, saying, ‘this cup is the new covenant in my blood; do this, whenever you drink it, in remembrance of me.’”  Back to the Passover Seder, if you remember that, after the supper, they had the third cup, there were four cups in the Seder.

Which brings us back to the feet washing, and the last reading from John.  But at the end of chapter, they are still in the upper room, Judas had just left, and Jesus gives them a new command, “Love one another.  As I have loved you, so you must love one another.  By this all men will know that you are my disciples, if you love one another.”