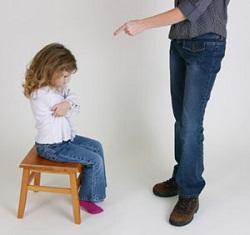 “See, the LORD your God has given you the land. Go up and take possession of it as the LORD,
the God of your ancestors, told you. Do not be afraid;
do not be discouraged.”
Deuteronomy 1:21

In the book of Deuteronomy, Moses records three big speeches, sort of a final reminder of who God has been, and where He has been leading.  In verse 21, we see God giving the Israelites the promised land.  “See, the Lord your God has given you the land.  Go up and take possession of it…”

They had a better idea.  They approached Moses, and said, “Let’s send some spies into the land to scope it out and see what it’s like.”  Moses said OK, and twelve spies were sent into the land.  They came back with the report that the land was good, flowing with milk and honey, bumper crops, amazing fertile soil, beautiful cities.

One problem: The people who lived were too big and strong for us to fight.  Moses gives the outcome of the spy’s report in verse 26,28, “you were unwilling to go up; you rebelled against the command of the Lord your God… They said, ‘The people are stronger and taller than we are; the cities are large, with walls up to the sky.”

I think they forgot something.  I think they forgot that God had already given it to them.  The land was theirs.  All they had to do was go and take possession of it.  Yes, there were people already there.  Yes, they were big and strong people.  But no, they were not bigger or stronger than God.  And God would be with them when they go in to possess the land.  God was giving them a huge, incredible blessing.  A land to call their own after 400 years of slavery.  A fertile, beautiful, wonderful land.  But the people didn’t trust God, they only trusted in what they could do on their own.  So they didn’t accept the blessing.

That was thousands of years ago, but mankind hasn’t changed much, have we.  I suspect that we all have heard God call us to something, but we had our reasons why we couldn’t do it, why we couldn’t follow God.  So we rebelled, we did our own thing.  Maybe, like the Israelites, we went through the motions to see if we could do it without God.  When we saw that it was too big to do on our own, we abandoned the idea.

That’s what the Israelites did, and none of the adults lived to see the promised land.  They turned down their only chance at that incredible blessing.  They wandered another 40 years, and when the adults had all passed away, finally their children were led into the land.  Same deal as before, but instead of hemming and hawing, instead of scoping out the land first, instead of sending in spies, the children just said, “OK God, Let’s do this!”  I’m betting its pretty obvious which group was blessed by God, and who was left to live without His blessing.

But even with such a vivid example, we still tend to hem and haw, to really scope things out first, instead of just saying, “OK God, Let’s do this!”

God works the same the same way today.  When you sense God calling you to something, don’t hesitate.  To truly show Him you trust Him, you must follow Him, no matter how difficult the task may sound.
at March 31, 2016 No comments: