Sermons from FBC - Jesus is the Lamb of God

This weeks message is the 6th in the series titled Who is Jesus?  Today, we'll see that Jesus is the Lamb of God who paid for sin with his life and suffered silently when he was scorned. We see how we can die to sin and live for righteousness because of Jesus’s sacrifice. 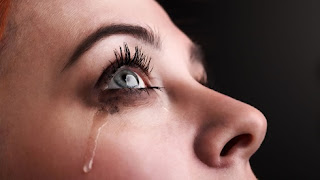 “It was good for me to be afflicted so that I might learn your decrees.”
Psalm 119:71

Affliction is a tough thing.  We don’t like affliction.  We don’t want trouble.  We just want things to go nice and smoothly.  But we also know that suffering is a part of life.  A part that we don’t like, but a part that we can’t always avoid.  Sometimes things happen.  Sometimes we do things we shouldn’t have done, and it gets blown out of proportion.  Sometimes other people do things, oblivious to the effects on those around them.  And sometimes we get hurt, and suffering comes.

But there is often a purpose for our suffering.  We can often learn something when we stop and reflect about our experience.  In Psalm 119, the psalmist is singing praises for God’s law, and just before we come to the passage I quoted above, he shares a little about a time that he was afflicted.  He doesn’t give details about it, we don’t know what happened, but we get a glimpse in verse 69, “the arrogant have smeared me with lies.”  And we’ve all learned the hard way, the lies of people who don’t fully understand our situation can cause a lot of our suffering.

But the Psalmist seems to know why this happened.  Verse 65 says, “Before I was afflicted, I went astray.”  He seems to be giving us a cause and effect.  He was afflicted because he went astray.  He continued in verse 65, “But now I obey your word.”  In his affliction, he turned back to God.  And when it was over there were lessons that stood out for him.

The first we see in verse 68, “You are good, and what you do is good, teach me your decrees.”  He learned that God is good, and even when He allows suffering in our lives, He is still good.  And even our suffering can be good, because God often uses it to teach us His ways.

The second thing he learned we saw above (in verse 71).  “It was good for me to be afflicted so that I might learn your decrees.”  He may have gone astray, but when the struggles came, and he turned back to God, he saw that it was all worthwhile.  He was convicted of going astray, and returned to God’s Word, and in the end, he found that he had learned something about God through that hard time.

Something else to consider when afflictions come.  Sometimes the suffering we feel doesn’t have anything to do with us.  Sometimes we get caught up in the suffering of others, and it not about us at all.  Sometimes we take things way to personally, that weren’t meant for us at all.  Perhaps in those times the lesson is about pride or arrogance, and they come as a reminder that it’s not all about us, that we’re really a lot smaller than we might appear.

So to wrap it up…  There are seasons when we all suffer.  Seasons that sometimes seem like they’ll never end – but they will.  Seasons that seem so senseless – but we can learn from them.  We can learn that God is always good, even when He allows bad things to come.  And we can learn that in turning back to God, it will all be worth it.  And we can spend some time reflecting on what happened, and what lesson God might have for us personally.

Sermons from FBC - Jesus is the Surrendered One

Sermons from FBC - Jesus is the Anointed One

Here is the message from Sunday, March 17.

This is the 4th in our series titled "Who Is Jesus?" This week we see that Jesus is the Anointed One. We'll see when it was that Jesus was anointed, why He was anointed, and what it means for us.

Sermons from FBC - Jesus is the Capstone

Here is the message from Sunday, March 10.

This is the 3 of our series titled "Who Is Jesus?" Today we see that Jesus is the capstone. We'll see what a capstone is, why Jesus is like a capstone, and what it means for us.

Lenten Lunches - Statements from the cross. 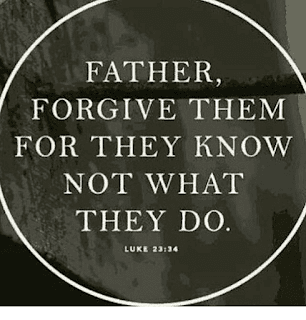 Today we started our Lenten Lunches at Waverly First Baptist Church.  We are getting together at noon each Wednesday during Lent for a soup and sandwich lunch, and short devotion.  Our theme for our devotions is the Statements From the Cross.

We will be having a different speaker for each week, and today I kicked things off with a devotion on this passage, "Father, forgive them, for they know not what they do..."

Here is the text of that devotion...