Who needs a welcome... 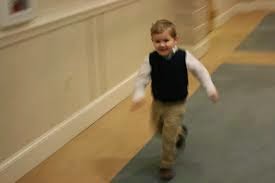 David Wiggs, in his book titled Who Needs a Welcome, told this story…   I saw him in the church building for the first time on Wednesday. He was in his mid-70's with thinning silver hair and a neat brown suit. Many times in the past I had invited him to come. Several other Christian friends had talked to him about the Lord and had tried to share the good news with him. He was well respected, honest, a man of good character. He acted much like a Christian would act, but he never came to church or professed Christ. After I got to know him well and we had talked about a wide range of subjects I asked him if he had ever been to a church service.
He hesitated. Then with a twisted grimace told me of an experience he had as a boy. He was raised in a large family. His parents survived the depression but they struggled to provide food and clothing for the family. When he was around ten years old a friend invited him to go to church with his family.
He went - the Sunday School class was great. The songs were fun to sing and the stories, oh the great Bible stories, were exciting to hear. He had never heard anyone read from the Bible before. As class ended the teacher pulled him aside and said, "Son, please don't come again dressed as you are now. We want to look our best when we come into God's house."
He looked down at his old hand me down overalls that were certainly worn and tattered. He thought about that for a moment and said softly, "No ma'am I won't ever." Then he looked at me, the author wrote and said, "And you know what... I never did." It was clear that he was done with that conversation.
I am sure that the Sunday School teacher meant well and in fact was representing the feeling of the majority of the folks in that church. But what if she had put her arms around that dirty little boy in the ragged overalls and said, "Son, I am thrilled that you came this morning and I hope you will come every chance you get to hear more about Jesus because he loves you so much." Moreover what if she would have talked with her pastor or her friends in the church and mobilized a full blown outreach effort to help this family make ends meet.
What if that church would have thought, Whoever welcomes you welcomes me, and whoever welcomes me welcomes the one who sent me. Or whoever gives even a cup of cold water to one of these little ones because he is a disciple will receive a great reward (v. 40 & 42)
The story ended like this: Yes I saw him in the church house for the first time on Wednesday and I cried as I looked at the immaculately dressed old gentleman lying there in his casket. He was looking his best in God’s House.  But all I could think of were those words of an impressionable little ten-year-old echoing in my mind, "No ma'am I won't ever."
David Wiggs, Who Needs a Welcome?
at June 26, 2014 No comments: