We all have similar needs, needs for food and nourishment, for shelter, and for finances that make everything else come together, and He provides each of us with the means to obtain these. But because we are all different, with different likes and dislikes, He provides these means in different ways.

I think that's really incredible that God interacts with us and relates with us as uniquely as we are. It certainly keeps life interesting. And that's something we can be especially thankful for.

Here it is Wednesday, and I'm just now putting up Sunday's message. So much for a daily thought on being part of the body of Christ! Thank you very much for your patience...

One gets in trouble for the way he handled his talent of money. He just buried it, didn't do anything with it. Perhaps the lesson is that we've all been given something by God, some great gift. And not using that gift is the worst mistake we can make.

I think this parable speaks to how we use our money (they were given a talent of money, a set weight of money), as well as any other gifts, abilities, or "talents" we may have. They are all gifts from God, and using them will bring glory to God. Not using them may very well bring the wrath of God. It certainly brought the wrath of the master in the parable...

To read (or hear an audio recording) the message, click here. 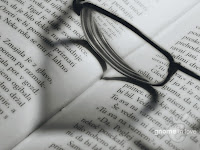 Sometimes, in the midst of trying to report the news, I think that the media can actually create the news.

A couple of month ago, when the media started reporting on the high rate of foreclosures, the rest of the economy wasn’t exactly setting any records, but weren’t in a recession, either. I believe that the economy became the highlight, the news story of the week. And now, all sectors of the economy are struggling.

I think that this brings up problem that we can address in two ways. First, the media should realize the power they have to create news, not just report it. Reporting that bad things are happening can cause bad things to happen. And while they have a duty and an obligation to report, they need to temper the quest to meet deadlines with the recognition of the power they have to lead people. The media very clearly can sway public opinion. And that’s an overwhelming responsibility. Secondly, we as citizens have the responsibility to research and think for ourselves. Don’t take the word of the media, especially one segment of the media, about how bad things are. Get a couple of different sources of information. Search the internet. Find views on both sides, the media usually just gives us one view. You’ll generally find the truth is somewhere in the middle. We are in a tough time. But how much of this tough time has been caused by fear that news reports have generated? Fear will cause the economy to fail. As people of God, let’s not fear.
at November 22, 2008 No comments:

This week has been our Operation Christmas Child Shoe Box Collection Week. Our church in Almond serves as a Relay Center for this incredible ministry.

Operation Christmas Child is a project of Samaritan’s Purse, a nonprofit Christian relief and evangelism organization. Every year, thousands of individuals, churches, and other groups fill ordinary shoe boxes with small gifts which Samaritan’s Purse then distributes to needy children in distressed areas of the world.

Several months ago, we set a rather aggressive goal for our Relay Center. As the week got closer, the media began more and more talking about the economic conditions and the slowdown. I admit that I was afraid we wouldn’t meet our goal, in fact, that we might not even meet last year’s totals.

But God works in times of poor economic conditions and slowdowns every bit as mightily as he works when times are good. At this point, on Friday morning, we are less than fifty shoe boxes short of last years total, and with four days left, we have a very good opportunity to meet this years lofty goal! 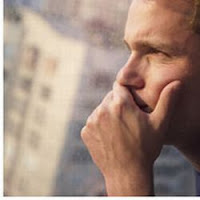 Our sermon message last week, which I posted yesterday, was about the command to serve each other. Just as we are to love each other, we show that love by serving others.

I know that today many people are really struggling, fighting just to get by. And a part of me fears that it will get worse as we age, and can do less ourselves, and as money continues to tighten, and we are even less likely to be able to afford to have others come in and take care of things for us.

Yet, the verses that talk about always being ready to help others are still there. Why? When so many of us are struggling to take care of ourselves, why is God telling us to help take care of others? When things are falling apart around us, how can we offer help to neighbors?

Perhaps the Biblical response to serve others is a way of getting us outside ourselves. As we dig in and offer help, we see that others have problems, too! Many times, if not all times, we find that the problems others are struggling with are worse than our own. We see that God has given problems that we can handle (for the most part - we may struggle, but in the end we can handle them). They are unique to us. And allowed by a loving God. (okay, I admit, that part might be a stretch - but I do honestly believe it to be true).

Without reaching out to others, it's very easy to get self-centered and self-focused, concentrating on our problems. Our problems seem much more important than they really are, and our ability to handle them wisely is compromised.

So the best way to handle our own struggles is actually to take some time once in while to step outside our situations and help others with theirs. The concept might not make sense, but I bet it you try it, you'll see that it actually works!
at November 20, 2008 No comments:

I think that most people instinctively know that as Christians, we are supposed to love our neighbor, and we should do things to help them. Yet, that was the topic of my message on Sunday.

To read the message, please click on the title below:

I don't know if you have the same trouble that I do, but I find myself even more tired after a vacation than I do before. I was at a point where I really needed some time away, but to come back is hard!

Anyway, election day has come and gone, and we have a new President. Sunday's message started there, but went on. You see, we've chosen a new President to follow, I think we also need to make sure to choose what god we're going to follow. I think that's where Israel was when Joshua wrote our reading for Sunday. Today, we seem to be in a similar place. However, our foreign gods aren't handmade idols, they are foreign ideas. Ideas like Secular Humanism, which so many believe, and so many pass on. We've got to be very careful to protect the faith we have. We've to be on guard not allow some of th4ese ideas into our thinking. We've got to chose to follow the God of the Bible...

By the time you will be reading this, the election will be over, and America will have chosen a new president.

Just as certain as this, is the fact that nearly half of you won’t be pleased at the results of the election. I know this because I feel the election will be fairly close, at least in the popular vote. I also know that while Barrack Obama is favored in the polls nationwide, Almond, and indeed all of Allegany County, tends to vote Republican. If that holds true, it may be true that more than half of you may be disappointed at the results.

Whatever happens, we know that it will not surprise God. I know that as America goes to the polls, God is working. Perhaps He is placing in leadership the one who might best lead us through some very difficult times. Perhaps He is stepping back, letting us choose who we want (like when Israel chose Saul as their first King, rejecting the Kingship of God). I hope the first is true, but only history can judge .

Whether our choice is victorious or not, as Christians, we are to respect the office of President, and pray for those in leadership over us. Our nation faces difficult times. The economy is struggling at best. Jobs are being lost daily, making it even harder to boost the economy. War continues to threaten the security of America, and of Americans. And with Wall Street acting very bullish, many are wondering about funds for retirement, funds that were supposed to grow mightily, but recently have shrunk cowardly.

Whoever wins will have a difficult road ahead of them. They will need our prayers, our help, our support. It’s time for an end to partisan politics. It’s time for all people to work together to make America strong again.

And perhaps, now more than ever, it’s time to let God lead our great nation again. There will be plenty of opposition to following God again, but we’ve tried it without Him, and frankly, it hasn’t been going so good.

Truth is, we can’t do better than God. I believe the best of our efforts of the last 40-50 years bears this out. As our nation has drifted further and further from God, our children are more and more disrespectful, our economy more and more uncertain, our values and morals more and more negotiable. America is a great place because we value freedom. God given freedom.

Whoever we choose for president, let’s also reconfirm our commitment to God.
at November 05, 2008 No comments: