God is Big Enough to Remove My Doubt

Last Sunday at Almond Union, we continued our new Teaching Series by looking at doubt.  Doubt can be a serious issue in the life of a Christian. Doubt can leave us feeling empty. Doubt can paralyze us, the fear that comes up as a result of our doubts can keep us from moving forward, keep us from seeking help, keep us from going out at all, and keep us from finding the healing we might need.


Jesus appeared to the disciples after His resurrection.  He spoke to them, he let them see the nail holes in His hands and feet, He let them touch Him to see that He was real.  He even ate with them to prove that He wasn’t a ghost or a vision.  He was real.  And in seeing Him in the flesh, they no longer doubted.
But we still doubt, don’t we.  We haven’t seen Him in the flesh.  We haven’t touched Him, we haven’t seen the nail holes, we haven’t had a meal with Him.  And when so much of society is trying to explain the world without God, we might be tempted to believe them, and might begin to doubt God, too.
But here are some ways to deal with our doubt, to put ourselves in a place where God can begin the work of removing our doubt, so we will know that God is big enough to deal with our doubt.
To read the message and know that God help remove your doubt, click here...
at June 06, 2013 No comments: 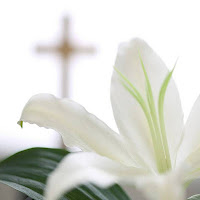 When Jesus first appeared to the disciples after the resurrection, he found them hiding int he upper room.  They were afraid of the Jews, afraid that since they killed Jesus, they may kill them, too.  If they really wanted to stop His teaching, they couldn't leave the witnesses, could they?  So they were hiding, afraid for their lives.
But I wonder if it wasn't something more, too.  I wonder if they were beginning to think that everything Jesus had said was a lie.  They thought He was the Son of Man.  He said He was the Son of Man.  The promised Messiah.  But He died.  That wasn’t supposed to happen.  So when it happened, I wonder if they doubted.  They didn’t understand what He had been trying to tell them in the weeks leading up to His death.  They didn’t think that could happen to the Messiah.  When the mockers said let God send his angles to rescue him, I wonder if the disciples were looking around, too.  God wouldn’t let him die!  And when God did let Him die, they felt let down.  And they began to doubt everything.
That’s why Jesus appeared to them after His death.  He needed to help them deal with their doubt so they could move and do the work of spreading the Good News to everyone.  Christians were never meant to stay in an upper room.  They were never meant to stay in churches.  The work of Christ is out there.  It’s in the streets.  It’s where the sinners are.  It’s where the unsaved are.  We come together in churches   That’s where the work is.
to get recharged to back out there.

We started a new teaching series titled God is Big Enough...  Changing Our Ideas About God.

So far, it's been great!  We actually started the series on May 19, on Mother's Day.  Maybe not the best time to start a series, but it's been going well.  We stared that first week by seeing that God is Big Enough to Conquer My Sin.  We talked about how all of us have struggled with sin.  In fact, we all have something we're continuing to struggle with. Some sin that keeps peeping its head up, that keeps us from being the holy people God has called us to be.  That's because, as hard as we try, we can't conquer our sin.  But God is Big Enough to do it!

The following week, we saw that God is Big Enough to Heal My Disease.  There are countless stories in
Scripture that talk about people being miraculously healed.  This message looked at one of those healings, and how a leper, an outcast of society, approached Jesus and was healed.

Last week, we saw that God is Big Enough to Remove Our Doubts.  There are times when even the most faithful go through a period of doubt.  But that doubt can paralyze us and keep us from moving forward.  God can remove our doubt.  This message looks at a couple things we can do to put ourselves in a position so that God can begin the work of removing our doubt.

My next post will have a link to the message on removing our doubts.  But if you interested in looking at the rest of the series, click here...